You are not going crazy!

Oftentimes divorce can feel as if your soul has literally been "ripped out of your body" or that you have lost your mind.  You are not alone.

California Divorce Basics
If you’re a California resident getting ready to file for divorce in the Golden State, here’s the lowdown on the basics of divorce laws.

Residency Requirement
Before you can file for divorce in California, at least one spouse must be a resident of the state for six months or 180 days. Once you’ve filed the divorce and delivered the paperwork to your spouse, you must wait at least six months from the date your spouse received the papers before the divorce can be finalized.

No Common Law Marriage
There’s no common law marriage in California—you aren’t married unless you obtained a marriage license and entered into a legal relationship, and you can’t get a legal divorce unless you were legally married. It doesn’t matter how long you’ve lived together or whether one of you took the other’s name.

Grounds for Divorce
California is a no-fault state, which means that you won’t argue for a divorce based on the other person’s wrongdoing. Most often, the basis for a divorce is “irreconcilable differences” that have caused the marriage to break down. Fault isn’t entirely irrelevant, though—if your spouse abandoned the family, committed adultery, or was violent, the court may consider those facts in dividing property or awarding alimony.

Property Division
California is one of only a handful of states that use a community property system, meaning that all of the property and debts that you acquired during your marriage are shared equally between the two of you at divorce. That includes income of all kinds, savings from income, property, and anything else that you own. However, it doesn’t include either spouse’s separate property, which includes inheritances, gifts, and property that the spouse owned before the marriage, as long as the separate property wasn’t mixed up with the marital property.

Child Custody (Parenting After Divorce)
California courts begin with a presumption that it’s best for a child to have frequent and continuing contact with both parents after a divorce. If possible, judges want to support joint custody arrangements. However, the details of the parenting plan will be determined by the children’s best interests. If parents can agree on a parenting plan, the court will usually approve it. If you’re not able to agree, you’ll be ordered to attend mediation sessions, and if that doesn’t work, the court will take over and the judge will decide how you’ll share time with your children.

Child Support
Like all states, California requires parents to support their children, even after a divorce. The amount of child support depends primarily on each parent’s income and other resources, and how much time each parent spends with the children. Sometimes the courts will “impute” income to a parent who has the capacity to earn more than he or she actually is earning.

Information drawn from www.nolo.com (for further information visit their website) 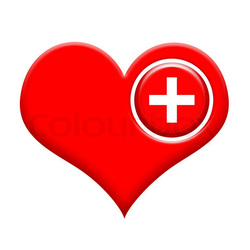 1.  Nolo's Essential Guide to Divorce by Emily Doskow, Attorney
*A compassionate guide through all the stages of separation and divorce.
2.  Rebuilding When Your Relationship Ends by Bruce Fisher, ED.D
*A step-by-step processing of the emotional distress caused by divorce.
3.  Divorce Poison by Richard A. Warshak
*For parent's who are involved in a hostile divorce.
4.  After the Affair:  Healing the Pain and Rebuilding Trust When A Partner has been
Unfaithful by Janis Abrahms Spring
5.  How Can I Forgive You by Janis Abrahms Spring
6.  Helping Your Kids Cope with Divorce the Sandcastles Way by Gary M. Neuman
7.  Mom's House, Dad's House:  Making Two Homes for Your Child by Isolina Ricci,